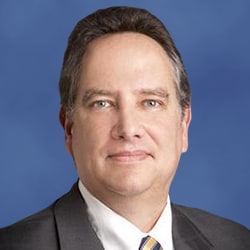 Marc van Niekerk is Special Counsel with Silicon Valley Law Group’s Business Litigation and Intellectual Property & Employment Group.  Over the course of his career, Marc has tried more than 50 cases to verdict and also has extensive mediation experience. His practice focuses on business litigation, with special emphasis in the areas of intellectual property disputes, business torts and commercial contract disputes.  During his more than 25 years in practice, Marc has counselled and represented clients in a wide array of commercial disputes including, inter alia, employee solicitation and trade secret misappropriation, business disputes, including breach of contract, unfair competition and breach of fiduciary duty, trademark infringement and U.C.C issues. In addition, Marc has been involved in numerous special litigation and/or audit committee investigations for both public and privately held corporations.

Marc has also served on the Santa Clara Bar Association Judiciary Committee, which is charged with evaluating candidates being considered by the governor for appointment to the Santa Clara County Superior Court and the Sixth District Court of Appeal.

Prior to joining Silicon Valley Law Group, Marc was Special Counsel at Bergeson, LLP in San Jose, an associate with Cooley Godward LLP in Palo Alto, and an associate with Abe Swersky & Associates in Cape Town, South Africa.

Representative Engagements
Contact Us
Practice Areas
Client Reviews
★★★★★
For creative solutions to complex legal issues, I often turn to the attorneys at Silicon Valley Law Group. They are one of the law firms I have come to trust for providing consistently superior, responsive legal services. John A. Sobrato
★★★★★
The litigation team gave me the muscle, organizational skills and attention to detail I needed against our major competitor and got us a great result. Jon Burney
★★★★★
I expected legal competence from SVLG and they delivered on that expectation. But they went beyond my expectations in two important ways. Dick Haiduck
View More
Submit a Law Firm Client Review