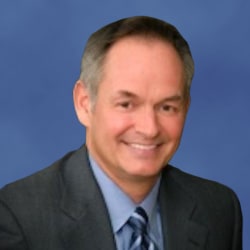 A significant portion of Michael’s practice also involves a full range of employment counseling services to management and executives, including the creation, review and revision of virtually all types of employment-related agreements and documentation, as well as investigations and advice regarding employee misconduct.

Prior to Silicon Valley Law Group, Michael was a partner at Bergeson, LLP in San Jose, a partner with Tomlinson Zisko LLP in Palo Alto, and an associate with Skjerven, Morrill, MacPherson, Franklin & Friel LLP in San Jose.  He serves as an Arbitrator and Settlement Judge with the Santa Clara County Superior Court, and is a member of the Santa Clara County Bar Association.

Representative Clients
Representative Engagements
Community
Contact Us
Practice Areas
Client Reviews
★★★★★
For creative solutions to complex legal issues, I often turn to the attorneys at Silicon Valley Law Group. They are one of the law firms I have come to trust for providing consistently superior, responsive legal services. John A. Sobrato
★★★★★
The litigation team gave me the muscle, organizational skills and attention to detail I needed against our major competitor and got us a great result. Jon Burney
★★★★★
I expected legal competence from SVLG and they delivered on that expectation. But they went beyond my expectations in two important ways. Dick Haiduck
View More
Submit a Law Firm Client Review